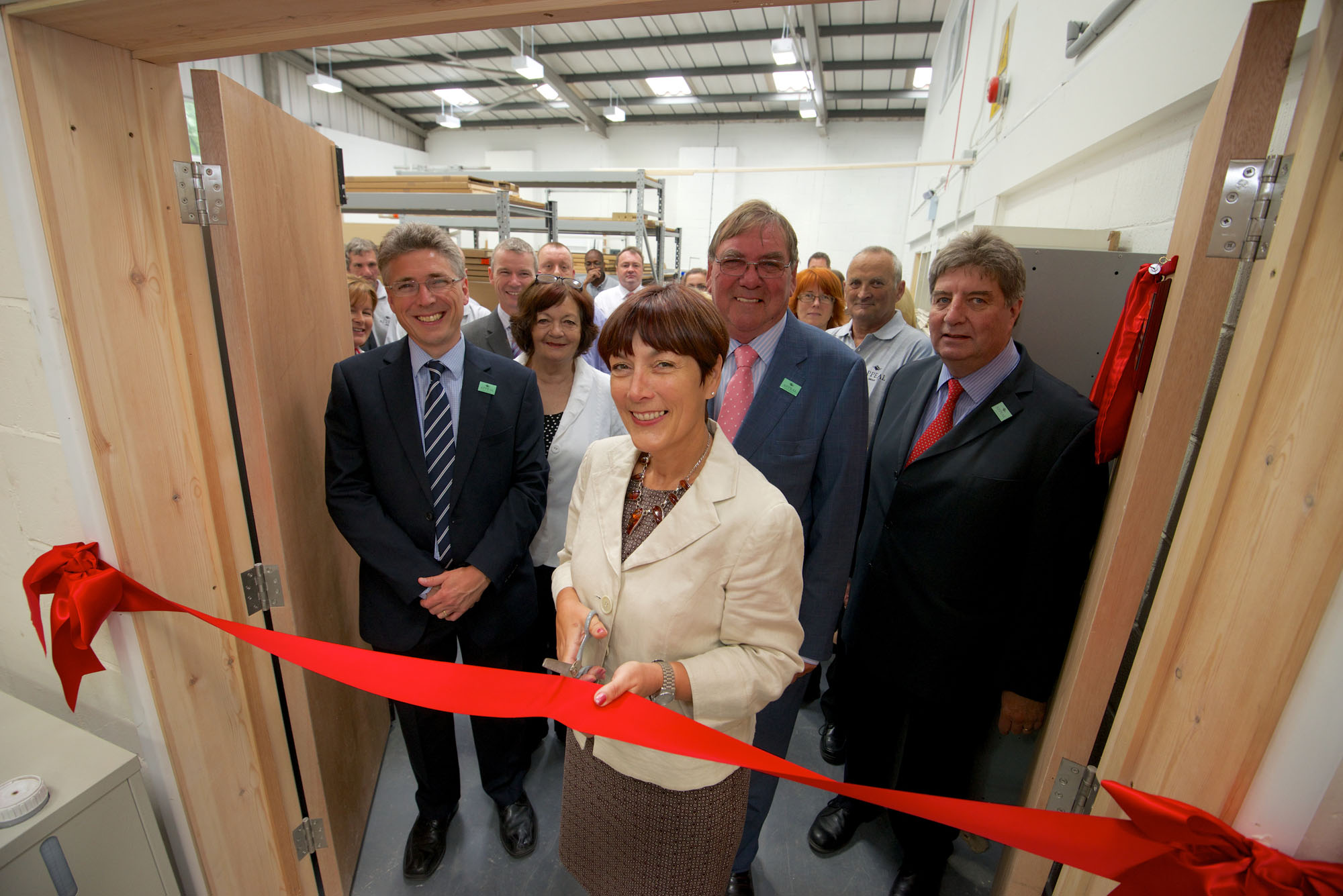 The Appeal Group invests in Bristol with new facilities

The Appeal Group has expanded its Bedminster head office and manufacturing facilities by a third, as part of ambitious growth plans.

The new extension at the 15,000 sq ft site in Vale Lane was officially opened today by Bristol South’s Labour MP, Dame Dawn Primarolo, 26 years after the company was first established in Bedminster.

The company employs 45 people at its newly expanded Bristol headquarters, as well as a team of 35 home design consultants and installers working across the UK.

The Appeal Group has already seen sales increase by 16% in the first half of 2014 compared to the same period last year and has expanded its product range with the launch of two exciting new collections, including a new Bugshield range of DIY insect screens, which will be sold online and manufactured at the new premises.

Assisting Dame Dawn Primarolo in the opening ceremony was The Appeal Group’s longest-serving employee, Kelly Anthony from Hartcliffe. Kelly has worked for the company within the accounts team for 23 years.

Commenting on the investment, The Appeal Group’s Chief Executive Michael Madigan said: “Today is a significant milestone for The Appeal Group and the whole of our team. A large part of our success can be attributed to the culture of our business and the skills, loyalty and commitment of our employees, many of whom have worked for The Appeal Group for more than a decade.

“The recession had a dramatic impact on the home improvement market, but our business has held firm during some challenging trading years and is growing strongly in 2014.

“During the difficult times, we set out to retain our core team which means that we now have skilled workforce capacity to use for expansion. We have great confidence in the new products and we estimate that we will recruit five to ten new members of staff over the next twelve months.

“In recent years, the Appeal Group has diversified into new product areas and continues to do so in 2014, with the launch of our new Bugshield range. Add this to the improvements we are seeing in consumer confidence and the housing market, and it felt the right time to invest in the further development of our Bedminster facilities.

“With sales on the increase, new collections being launched and the opening of our new premises, we are proud to be putting Bristol on the map when it comes to high-end home improvements.”

Dame Dawn Primarolo added: “The Appeal Group is flying the flag for south Bristol in a highly competitive sector, where quality and customer service are key to success. This expansion is a tribute to the hard work and dedication of everyone who works for Appeal and I’m delighted to help celebrate an exciting new chapter for The Appeal Group.”